Thermal radiation is energy emitted by matter that is at a finite temperature via electromagnetic waves without a material medium. In fact, radiation transfer occurs most efficiently in a vacuum, light and heat emitted by stars arrives the earth by radiation.

The characteristics of thermal radiation depend on properties of the surface it is emanating from, including its temperature, its spectral absorptivity and spectral emissivity.. Radiation heat is mainly in the infrared band of the spectrum, light colors and metallic surface absorbance to visible light (400~700µm) is low, thus the temperature rises is less compare to other surface conditions; however, the dominant emitted wavelengths are in the far infrared. emissivity at those wavelengths is not as visual emissities, most object with different colors have similar emissivity, thus the heat emitted differs not much by surface colors. 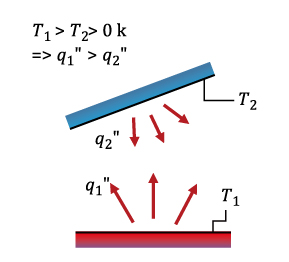 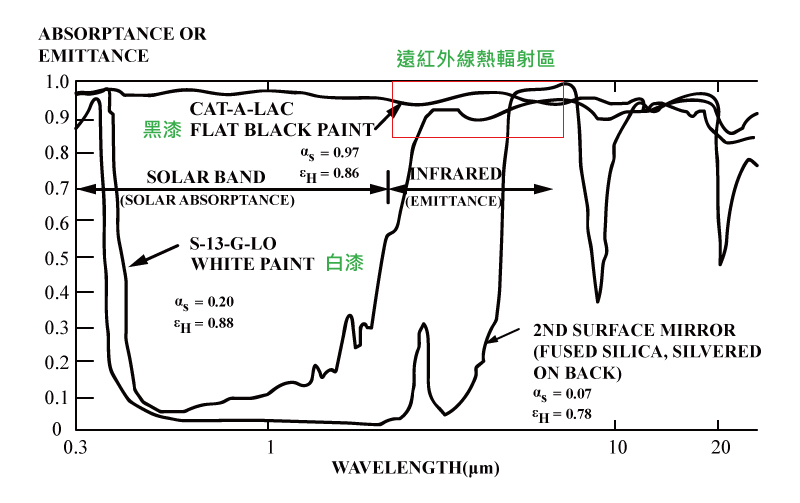 Source : Spectral response of two paints in the visible and the infrared. From NASA.